What is the Farnborough Airshow?

Held every two years, the Farnborough Airshow is the UK aviation industry’s Super Bowl, the big dance, the main event.  It’s a massively popular event with thousands of visitors and happens right next to the home of Thomson Local at Farnborough Airport.

During the week of the show, there’ll be a whole host of planes whizzing about and around our offices whilst we’re working, trying to distract us all from doing our jobs.

When is the Farnborough Airshow?

The 2018 Farnborough Airshow takes place between Monday, July 16th and Sunday, July 22nd.  However, the first four days of the show are strictly a trade event, so the first time the general public can visit the show will be on the Friday.

Where is the Farnborough Airshow? 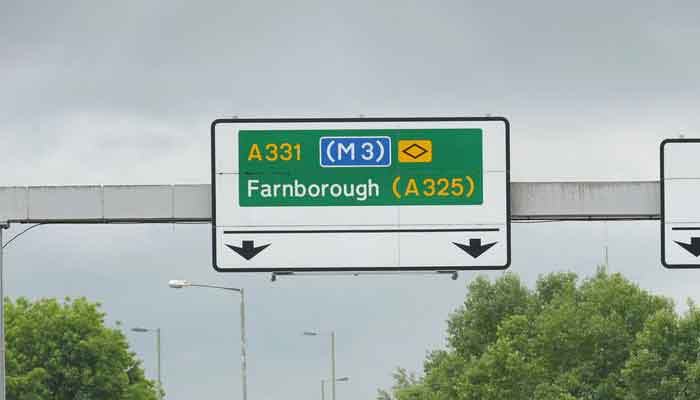 As the name might suggest, the Airshow is held in Farnborough, Hampshire.  A town which is located just off the M3 and within easy reach of four train stations: Farnborough Main, Farnborough North, North Camp and Aldershot.

There will be free shuttle bus services running between Farnborough Main, Aldershot and North Camp train stations during the event.

What’s on at the Farnborough Airshow?

The Farnborough Airshow brings with it the pinnacle of aviation both in the past and modern day, resulting in a festival of flying contraptions, all of which will delight and wow in equal measure.

There will be both a static and flying display, so you can get up close and personal with the fast jets and large commercial airliners before watching them take to the skies for around five hours of displays each day.

There’s also the FAST (Farnborough Air Sciences Trust) Museum which tells the tale of the town’s vast aviation history, showing off machinery, photos, films, equipment and books.  The show will also have a family area aimed at children under 8 who can partake in a range of activities designed to keep them occupied and entertained.

As well as that, there’s a number of different areas that cover aerospace, the future of aviation and even space itself.  Giving you the full range of the spectrum when it comes to flying contraptions.

Will the Red Arrows be at the Farnborough Airshow? 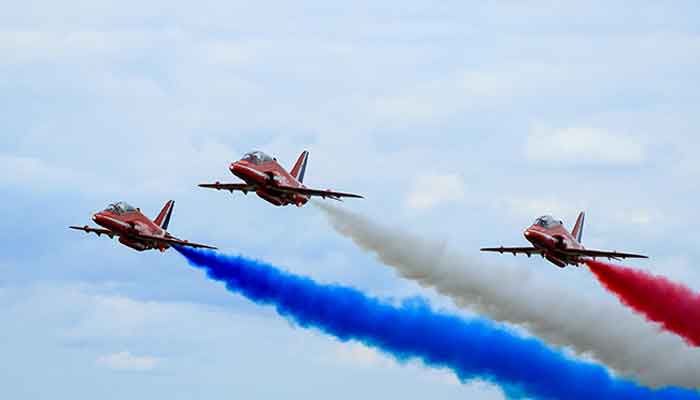 While they used to be a regular fixture at the event, the change in numerous regulations after an incident in Shoreham in 2015 means that the RAF decided to pull the Red Arrows out of the last Farnborough Airshow.  At present, it’s unknown as to whether or not the Red Arrows will be in the 2018 display although talks between the hosts of the Farnborough Airshow and the RAF are ongoing, so there’s a chance they may appear in some form.

What happens if it rains?

Don’t worry!  If it rains you’ll have to take an umbrella but the demonstrations will continue regardless of the weather.  Obviously, if the weather becomes extremely treacherous then there is a chance displays will be cancelled but a smattering of rain won’t mean the end of the show.

How often is the Farnborough Airshow on? 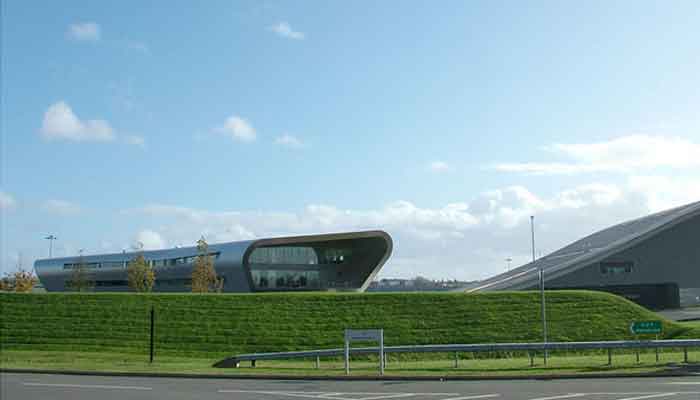 While it was initially an annual event, the Farnborough Airshow became a biannual event from 1962 onwards, so the next show will be in 2020.

Should I go to the Farnborough Airshow?

While I can’t deny that the Airshow causes me a traffic headache when it comes to getting to and from work, I must admit that it’s probably worth you going.

There’s plenty to do and while you might get a bit of pain in your neck from looking to the sky at the fast jets whizzing by, it’ll be worth it.