Why Do We Have Chocolate Easter Eggs?

In the traditional sense, Easter is a time where Christians all over the world celebrate the resurrection of Jesus, who died on Good Friday before being resurrected on Easter Sunday.  The latter of which is the most important day of the Christian calendar.

The exact date of Good Friday and Easter Sunday differs each year but as a general rule lies between the end of March and beginning of April, depending on when there’s a full moon in Spring.  This year, Good Friday falls on March 30th and Easter Sunday is a couple of days later on April 1st.

While Easter is a religious festival, it has also developed some strange traditions over the years which include chocolate eggs and the Easter Bunny.  Both of which are a far cry from Jesus being resurrected.  So, how did we end up with these anomalies?

Why do we have chocolate Easter Eggs? 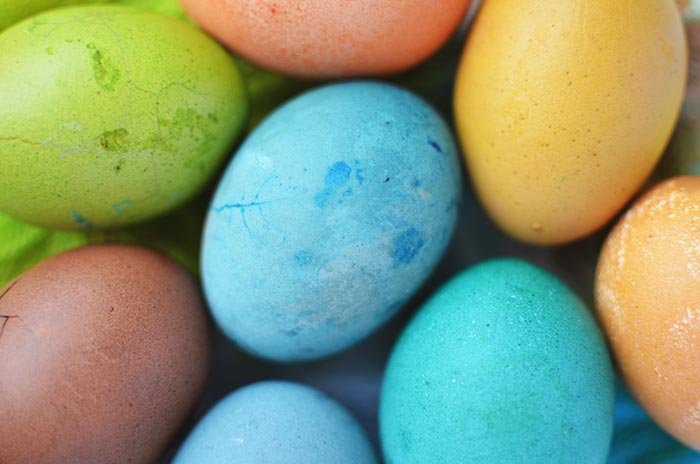 Chocolate is a wonderful addition to any hungry belly but why eggs, why chocolate and why Easter?

The idea of Eggs being given during Easter is an idea that came from churches a few hundred years ago.  In the week leading up to Easter, churches banned eggs from being eaten, which saw them being delivered to the church so that people could decorate them before handing them out to children on Easter Sunday.  The week before Easter was known as Holy Week, so, naturally, the eggs handed out on Easter Sunday became known as Holy Week Eggs - the precursor to the more modern Easter Egg.

Over the years, decorating eggs and presenting them as gifts evolved to allow them to contain further gifts inside, an idea believed to be started during Victorian times in the UK and eventually up to them being made of chocolate.

Who made the first chocolate Easter Egg?

The first fully chocolate Easter Eggs were produced and sold in continental Europe, believed to be in France and Germany during the 19th century.  Over time, the chocolate eggs not only became hollow but also improved in taste, thanks to chocolate-making techniques improving over time.

In the UK, the first chocolate Easter Egg was produced by J S Fry & Sons Ltd. in 1873, whose confectionary company went on to become part of Cadbury’s in 1919.

Where did the Easter Bunny come from? 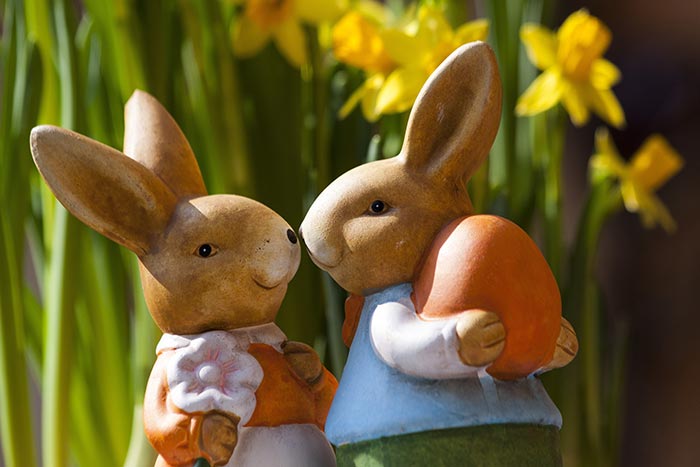 Around the same time that eggs started becoming a more prominent addition to Easter, the idea of an Easter Bunny also gained traction.

While the link isn’t immediately apparent, the ideas goes that because bunnies give birth to a large litter of babies, they’ve historically been seen as a symbol of new life - which links back to Jesus’ resurrection.  The tale that used to be told is that bunnies are the ones who decorated the Easter Eggs that used to left at churches; hence the reason why they’ve become so intrinsically linked with Easter itself.

Bunnies and Eggs, it all makes sense

The link from Jesus’ second-coming through to bunnies and chocolate Easter Eggs is, on the surface, a strange one.  Hopefully though, you can see that there’s some logic linking Easter’s origins to the more modern traditions that we embrace today.